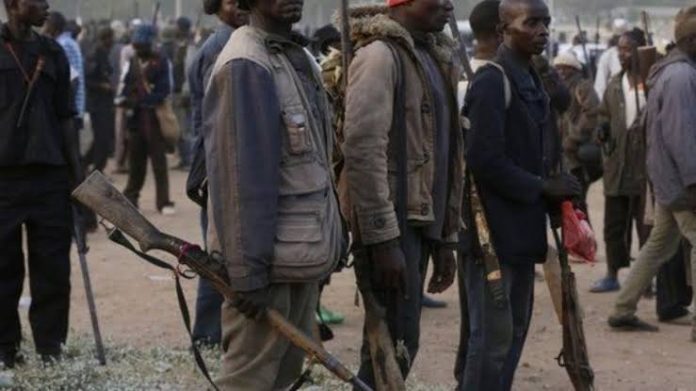 A Catholic priest, Rev. Father Cyril Okafor who was abducted by kidnappers on Tuesday, has been rescued by the Umueri community vigilante team in Anambra State.

Daily Post reports that the priest who was abducted at the Holy Ghost Adoration Centre, Igboukwu, Anambra state, was rescued in Umueri.

According to a statement issued on Wednesday by the President General of the Umueri community, Amb Chief Johnny Chukwudi Metchie, the catholic priest was rescued at about 4 am by the vigilante team which intercepted the kidnappers.

The statement said the clergyman was whisked to Enugu by the kidnappers, and then to Nteje before he was finally dumped in an abandoned house in Umueri.

Metchie warned criminal elements to stay away from Umueri and the entire Omambala region, stressing that the joint task force in place would always fish them out for the law to handle.

He further pleaded with members of the community and its environs to remain vigilant and work with local security to ensure that crimes are reduced in the area.

“While investigation is going on, we beg everyone to be alert and report any suspicious person to the vigilante group. Get to know your neighbour and be worried when you see an unknown face in any abandoned or uncompleted building,” he added.