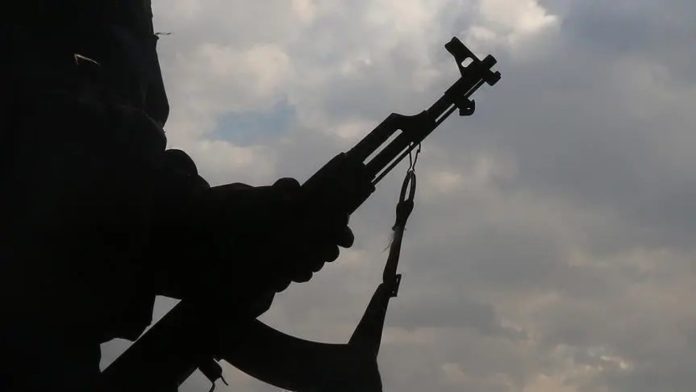 The feud between the parishioners and concerned citizens of Ihiala assumed a dangerous dimension amid heavy thug presence.

Their mission could not be ascertained immediately, but it was gathered that the armed men suspected to be members of the Anambra Vigilante Group were led into the church premises by two Reverend Fathers, one of them the parish priest of a new parish created recently by the Bishop of Nnewi Diocese, Most Reverend Jonas Benson Okoye.

An eye witness told the Razor that the armed men, who wore black attire and covered their faces, tied the security men guarding the church and dispossessed them of their telephones.

READ ALSO: I was lobbied to push for same-sex marriage in Nigeria – Former minister

The parish priest of the Church, Rev Fr Val Eze, who was contacted by the Razor, confirmed the incident, stating that the men were still occupying the church premises as of 9.15 pm on Thursday.

He, however, said that the invaders had not approached the residence of the priests, adding ” we are safe in the parish house”.

Vanguard reported that for the past six weeks, the Holy Ghost priests who are residing in the parish, have not been celebrating Masses in Nnewi Diocese as the Bishop had revoked their faculty.

The Bishop of the Diocese had accused the Holy Ghost Fathers of not cooperating with the Diocese in resolving certain issues, including attempts to create new parishes out of St Martin’s and payment to the owners of the land acquired by the church.