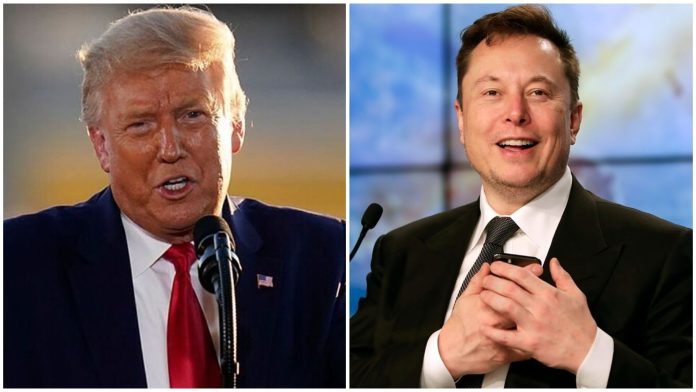 Twitter’s billionaire CEO, Elon Musk, has responded to calls requesting that the microblogging platform reinstates the account of former US President Donald Trump.

Recall that Trump, who recently declared his presidential bid ahead of the 2024 general election, was ‘permanently suspended’ from the platform in early 2021 following the January 6 insurrection at the US Capitol.

Following a tweet asking his 116.6 million followers on Twitter for advice concerning what to do next for the platform which cost him $44 billion in October, fans of the former US president had replied that Elon to restore Trump’s account.

Bring Trump back. Please explain why that decision is so hard to make?

Trump should absolutely have an account. Former president and currently running again. No brainer.

TBH don't see how you can call Twitter a free speech platform and have one of the leading presidential candidates banned from the platform.

This is weak and you know it.

“They” are going to hate you whether you reinstate Trump or not.

Responding to the numerous requests, Elon said that a decision on reinstating Trump had “not yet been made”.

However, Twitter users had also asked for the reinstatement of the accounts of other controversial figures, which Elon had approved. This included the accounts of the popular ‘fake news’ comedy page The Babylon Bee, popular author Jordan Peterson, and American comedian Kathy Griffin.

Among other requested pages that have so far been unbanned is the popular Christian news site @ChristianPost.

Trump decision has not yet been made.

Trump also announced a new Twitter policy he simply referred to as “Freedom of speech, but not of reach”.

“New Twitter policy is freedom of speech, but not freedom of reach. Negative/hate tweets will be max deboosted & demonetized, so no ads or other revenue to Twitter. You won’t find the tweet unless you specifically seek it out, which is no different from (the) rest of (the) Internet,” he tweeted.

The multibillionaire then clarified that the policy to reduce circulation would only affect individual tweets and not entire accounts.

I will reverse Trump ban – Elon

Back in May, Musk had promised to reverse Twitter’s ban on former US president Donald Trump if his takeover bid of the social media platform was successful.

Calling the decision to ban the former president a “morally bad” and “foolish in the extreme” decision, he had on May 10 said via video link at a car industry conference organised by the Financial Times that he would reinstate Trump should he complete the takeover.

“I do think it was not correct to ban Donald Trump. I think that was a mistake. It alienated the country and did not result in Donald Trump not having a voice. I think it was a morally bad decision and foolish in the extreme,” he had said.

On January 8, 2021, Twitter had on its official blog explained that Trump’s account would be banned following a series of tweets that were deemed to be a violation of the platform’s Glorification of Violence Policy.

The post read, “Due to the ongoing tensions in the United States, and an uptick in the global conversation in regards to the people who violently stormed the Capitol on January 6, 2021, these two Tweets must be read in the context of broader events in the country and the ways in which the President’s statements can be mobilized by different audiences…After assessing the language in these Tweets against our Glorification of Violence policy, we have determined that these Tweets are in violation of the Glorification of Violence Policy and the user @realDonaldTrump should be immediately permanently suspended from the service”.

Meanwhile, Twitter has continued to face tumultuous times under the leadership of the Tesla CEO.

Hundreds of Twitter Inc employees were reported to have quit the troubled company following a Thursday deadline from new owner Elon Musk that staffers sign up for “long hours at high intensity,” or leave.

However, Musk has remained unbothered at the mass exodus, insisting that “the best people are staying.”

Observers have since voiced looming concerns about the platform’s long-term stability.

Over 110 Twitter employees across at least four continents had announced their decision to leave in public Twitter posts reviewed by Reuters, though each resignation could not be independently verified.

On Thursday evening, the version of the Twitter app used by employees began slowing down, according to one source familiar with the matter, who estimated that the public version of Twitter was at risk of breaking during the night.

“If it does break, there is no one left to fix things in many areas,” the person said, who declined to be named for fear of retribution.

Reports of Twitter outages rose sharply from less than 50 to about 350 reports on Thursday evening, according to the website Downdetector, which tracks website and app outages.