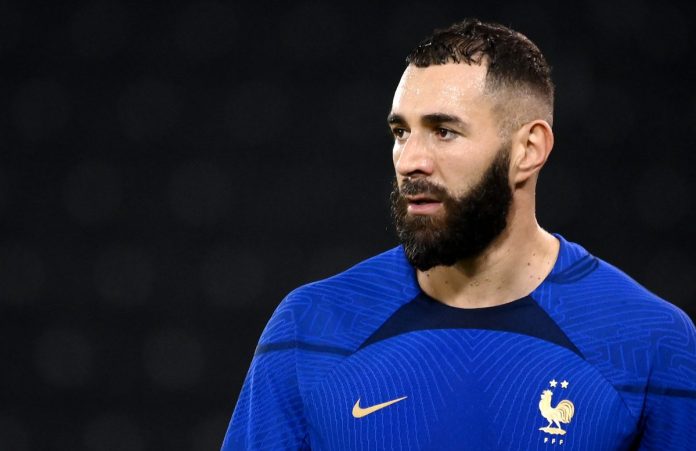 France striker Karim Benzema has been ruled out of the World Cup after suffering an injury to his left thigh during training on Saturday in Doha, sources told ESPN.
The 2022 Ballon d’Or winner felt a strong pain in his quads during a sprint toward the end of the training session.

Benzema underwent scans to find out the extent of the injury, after which it was determined that he won’t recover in time to take part in the tournament that runs through the final on December 18.

France will begin their defense of the World Cup title they won in 2018 when taking on Australia in a Group D match up on Tuesday. According to FIFA rules, they will have until 24 hours before their first game to name a replacement to their squad.

Benzema, 34, has battled injuries throughout the first half of the season with Real Madrid.

READ ALSO: The oldest player at World Cup 2022 in Qatar

The Los Blancos talisman had played only 26 minutes of football in the past month because of muscular fatigue.

Saturday’s training was the first time he trained alongside the group since they got together on Monday.

France coach Didier Deschamps was optimistic that his striker could recover in time but Saturday’s injury has now ruled him out of the tournament.