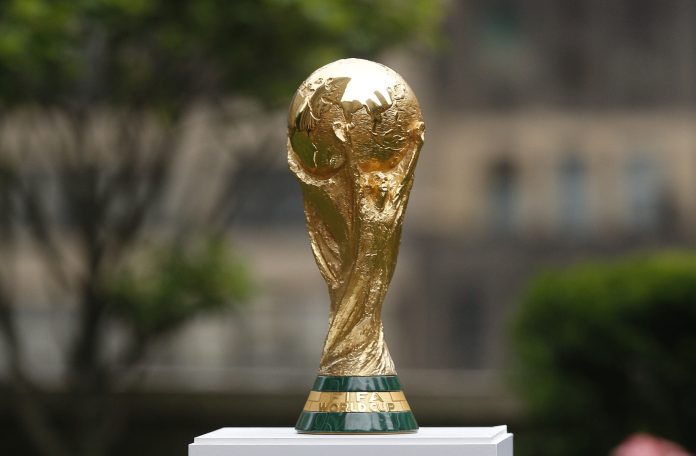 As the 2022 FIFA World Cup kicks off in Qatar on Sunday, fans will be disappointed to see some of their favourite superstars missing from the lineups of their international teams.

The World Cup is understandably the biggest event in football, as such, players relish their shot at lifting the trophy for their representative countries. However, the unconventional timing of this year’s tournament—smack in the middle of the European club season—has meant that many footballers with fitness struggles were left unable to recover in time to be selected for the competition.

The latest addition to that list was French forward Karim Benzema, who was ruled out of the competition after picking up a thigh injury in training just one day before the commencement date.

Here are the other superstars who have been ruled out of the World Cup, which runs from November 19 to December 18:

The 22-year-old Chelsea right-back suffered an injury to his knee in the English club’s Champions League clash against AC Milan in October. He later announced that he will not be a part of the England team.

Juventus midfielder Pogba injured his knee in pre-season and underwent surgery in September to repair a damaged meniscus.

The 29-year-old World Cup winner had managed to resume training before the France national team squad was selected. However, on October 31 the player’s agent said he would not return to action for Juventus or France before the World Cup.

After hitting resurgent form in his return to RB Leipzig, the 26-year-old forward’s season was halted by an ankle injury during their 4-0 Champions League victory over Shakhtar Donetsk at the start of November.

Werner is now expected to be sidelined for the rest of 2022.

The Chelsea midfielder, integral to the France squad that won in 2018, suffered a setback in his rehabilitation from a hamstring injury that has restricted him to two league appearances this season.

Kante, 31, will be sidelined for four months after undergoing surgery.

The RB Leipzig forward was initially called up to the national team for the World Cup. Unfortunately for the 25-year-old forward, he was ruled out of the tournament after picking up a left knee injury following a tackle from teammate Eduardo Camavinga in training.

Liverpool forward Diogo Jota sustained a calf injury in the Premier League club’s victory over Manchester City. Although he was unavailable for selection for the world cup, club manager Juergen Klopp has said that the 25-year-old would not require surgery.

Juventus’ midfielder, currently on loan with Liverpool, picked up a muscle injury in the build-up to a Champions League clash with Rangers in October. The player then announced that he would be unavailable for the World Cup as he would be sidelined by the injury.

The fancy-footed midfielder picked up a hamstring injury while playing for Villarreal. Although Argentina coach Lionel Scaloni describes him as an “irreplaceable” piece to La Albiceleste’s puzzle, he will not be available for the World Cup.

The Borussia Dortmund captain sustained an ankle injury and failed to recover fully in time. Reus will be ruing his ill luck, as the 33-year-old German also missed the 2014 World Cup after getting injured on the eve of Germany’s departure for Brazil. Germany eventually won the title.

Sadio Mane was named in Senegal’s squad for the World Cup despite suffering an injury playing for Bayern Munich.

Unfortunately, he was later ruled out of the tournament after officials confirmed his injury would require surgery.

Chelsea Left-back Ben Chilwell pulled up with a hamstring injury during added time in Chelsea’s Champions League win over Dinamo Zagreb early in November. He later revealed that he had suffered “significant damage” that would rule him out of the World Cup.

The Paris St Germain centre-back ruled himself out because of a hamstring injury.

The 25-year-old Huddersfield Town defender will miss the World Cup after being ruled out for the rest of the season due to an Achilles injury.

Morocco’s Olympique de Marseille midfielder Amine Harit sustained a knee injury during a Ligue 1 match against AS Monaco. Thus, the 25-year-old was ruled out of the tournament.

Valencia’s talismanic left-back Jose Gaya was withdrawn from Spain’s squad for the World Cup in Qatar after suffering an ankle injury in training.