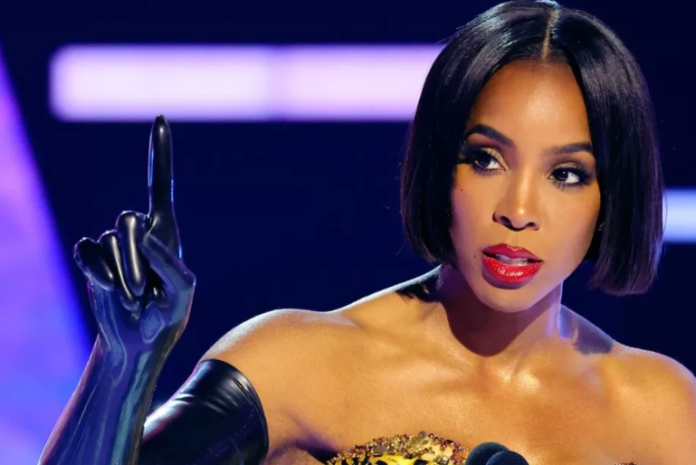 Kelly Rowland shushed a booing crowd while taking a win on behalf of Chris Brown at the 2022 American Music Awards (AMA).

The 2022 AMA ceremony took place at The Microsoft Theatre in LA on Sunday.

However, Brown wasn’t in attendance after his Michael Jackson tribute performance was canceled abruptly.

While accepting the award on Brown’s behalf, Rowland shushed the audience who booed and made unclear remarks at Brown.

On taking to the stage, a certain segment of the audience made seemingly disproving remarks about Brown’s win.

In response, Kelly Rowland cut in, saying, “excuse me chile, chill out.”

“But I wanted to tell Chris, thank you so much for making great R&B music,” the US singer added.

“I want to tell him ‘thank you’ for being an incredible performer. I’ll take this award and bring it to you.

Brown hasn’t been in the public’s good books after he physically attacked his then-girlfriend Rihanna in 2009.

The incident happened after both singers left a party on the night before the Grammy Awards that year.

After pleading guilty to assault, he was sentenced to community service and anger management classes.