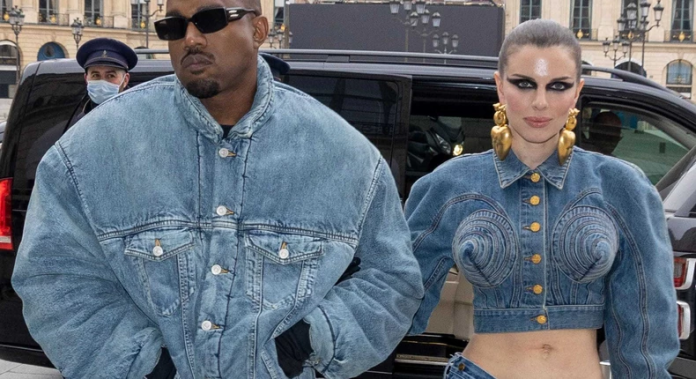 Italian-American actress Julia Fox has revealed why she dated Kanye West. According to her, it was her way of getting him off Kim Kardashian’s back amid the divorce.

She recently discussed her brief relationship with the American rapper in a two-minute TikTok video. They dated from January to February, earlier this year.

Being a fan of both West and the Kardashians, she initially ignored his advances but eventually decided to give in to get him off Kim’s back.

“When I had a fashion line 10 years ago, [the Kardashians] bought our clothes and sold them in their stores, so I’ve always had, like, a love for Kim. Like, the big three. Khloé, Kim, Kourtney, those are my girls,” she stated.

The video is Fox’s response after being publicly accused of “dating a famously violent misogynist and anti-Semite.”