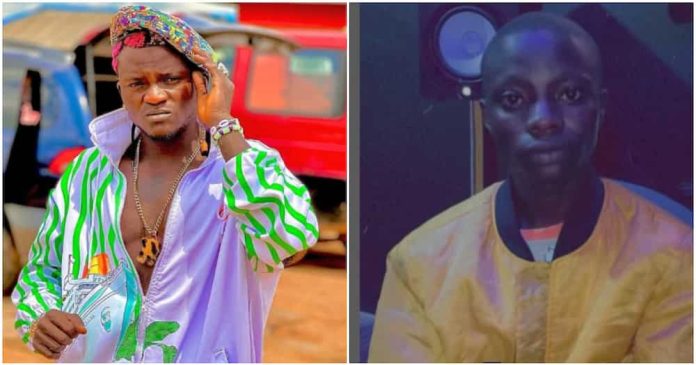 Singer Portable Zazu has unveiled a new artist named Yung Duu, who he just signed to his Zeh Nation music label Sharing a video of his new artist sampling his songs, Portable revealed he discovered him on the street as he hinted at a new collaboration between them His announcement has stirred funny reactions from netizens as many mocked him over his latest action.

Barely a few days after unveiling his female manager, Nigeria’s controversial singer Portable Zazu has signed a new artist, Yung Duu to Zeh Nation record label. Portable made this known in a post via his Instagram page as he shared a snippet of the new signee’s song.

According to the Zazu crooner, he signed Yung Duu because of his craft, adding that he was with him before he made it to the limelight.

Sharing some videos of his new signee, Portable wrote:

New Signee Ÿõûñg Duu under ZEH Nation Records….I discovered him based on believing in his craftdiscovered him on the street & he has so many vibes to deliver…he has been with me since I was an upcoming artiste Thank God for life he’s my Signee now & we had a collabo already.”

Netizens react as Portable signs new artist See some of the reactions below:

“Portable , what’s wrong ? You get voice ! You get grace ,but you don’t know what’s next !” Portable unveils female manager Portable, in a clip he shared, introduced his female manager named, Stelliza Adesiyan, as he joked about not giving her a part of the money. Sharing the video on his Instagram page, Portable wrote: “They say money is the root of all evil?? I still want it regardless BIZA BIZA #dollartreefinds if you work you go chop Teramo ZEH Nation many many inspiration.”