Covenant University has denied allegations that female students of the school are being sexually harassed and raped by members of staff of the institution.

Earlier in the weekend, screenshots of the accusations by allegedly raped students of the Christian University had been making the round on the internet. Some of the materials have been sighted by AF24NEWS.

The material strongly alleged that some workers were sexually harassing and raping female undergraduates of the institution.

Lamenting over the incident on social media, a man, while using his Instagram handle, @_Otitoo, called for urgent intervention to prevent a situation that would lead to the death of any student.

The post read, “CU girls are being raped and nothing is being done about it. Do something now. We don’t want to see your candles after we lose another girl.”

The screenshot of another message that was also shared on Twitter alleged that workers of the school were raping students who broke rules of the institution, adding that a student who got pregnant for a staff member was expelled. 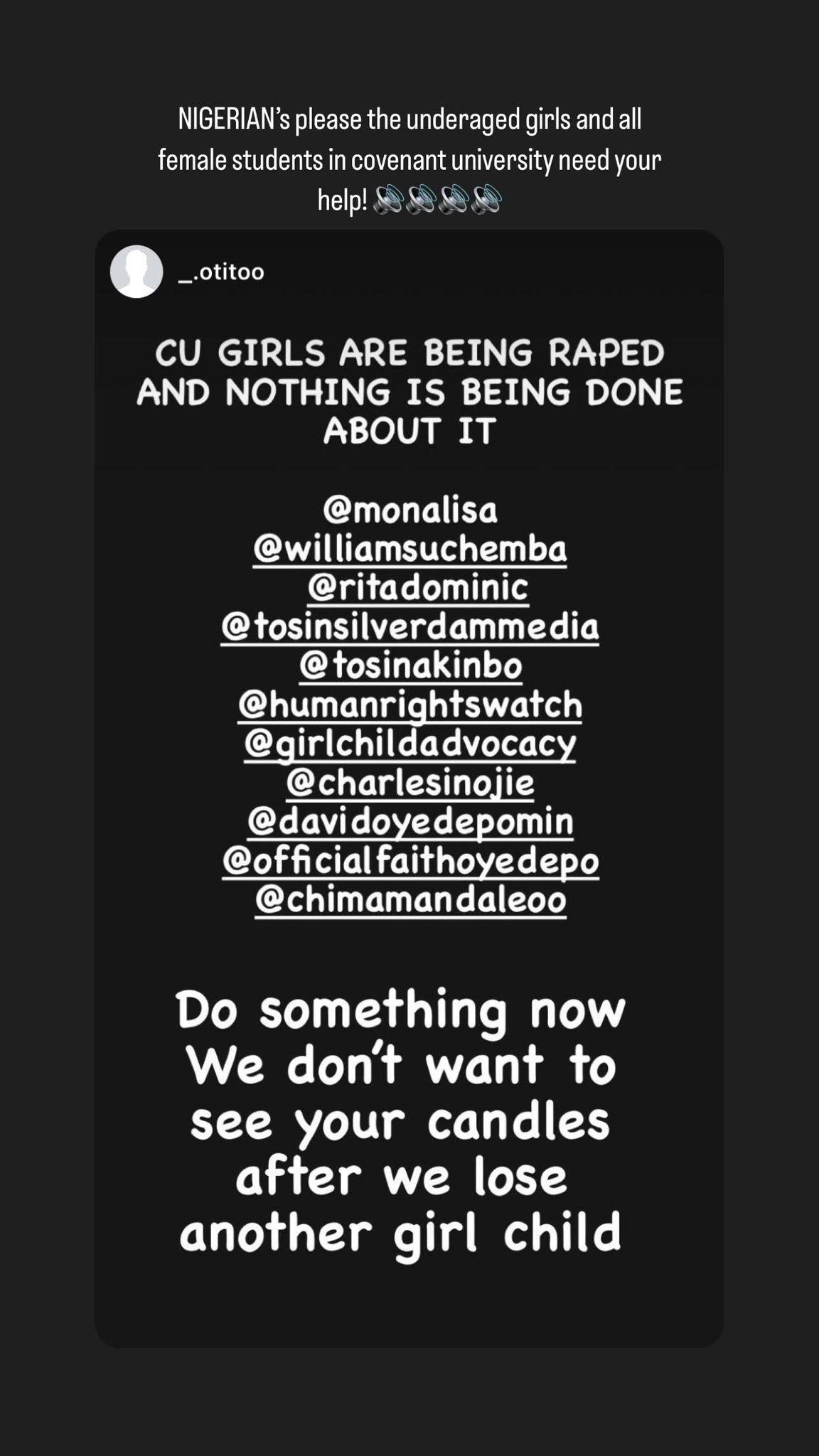 The message read, “The staff in Covenant University are raping the students. They’ll set stupid rules and if the students should break them, they’ll sleep with them in exchange for their studentship.

“A girl is in a coma now. She did an abortion for the head of the students’ disciplinary council. He got her pregnant and still expelled her.

“So many students there are being abused. It’s a Christian University for crying out loud. Covenant University has hidden so many deaths. They’ve expelled so many students for trying to speak up for their rights.”

However, when contacted, the Media Officer of the institution, who gave her name only as Chichi, described the social media posts as false and the work of a mischievous person.

“It’s not true. It is a very false tweet or whatever it was. The person behind it must be mischievous.”

She added that the tweet was a surprise to her because no student had come forward to complain about anything related to the allegations in the tweet.