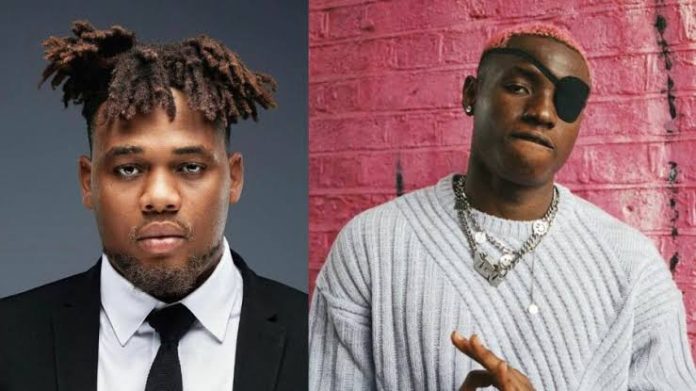 The Nigerian social media space had been recently held agog as two of the country’s fastest-rising singers, Buju BNXN and Ruger, brutally dragged each other’s behind online The fierce dissing has also sparked emotions amongst other celebrities as Blaqbonez, and Yemi Alade react to Buju BNXN’s allegation that Ruger uses streaming farm to boost his numbers Blaqbonez reacted to the revelation that artists like Ruger use automation farms to boost their streaming traffic, saying it is painful and soon God would expose them all.

The Nigerian social media space was put on shutdown mode recently as two of the country’s fastest-rising young singers, Buju BNXN and Ruger, viciously trolled each other online. During the online wars, some dire revelations were made, as Buju BNXN accused Ruger of buying his way to the top of the Nigerian Apple music chart.

Some of their colleagues, like Blaqbonez and Yemi Alade, couldn’t help but react to the incriminating allegation Buju levelled against Ruger. Awon Hushpuppi Blaqbonez slam Nigerian singers who use streaming farms Blaqbonez, in his reaction, noted that it is painful that some people undermine others’ hard work in the industry by buying their way to the top of the Nigerian music charts.

The rapper then went on to slam Nigerian musicians who use streaming farms, averring that very soon they would get exposed. While popular female singer Yemi Alade also joined in the conversation as she echoed Blaqbonez’s thoughts. See Blaqbonez tweets reacting to Buju’s allegation against Ruger:

See how Netizens reacted to Blaqbonez and Yemi Alade’s reactions to Buju’s revelation about stream farms .
@DanielRegha: “Emeka u are right, people are manipulating the music charts with payola, but the same thing is being done with ur music; Otherwise u won’t be topping the music charts or getting massive streams so easily, cos most of your songs don’t have replay value. That’s the truth. No offense.

@_AsiwajuLerry “Big Bank take lil bank its the law of the jungle. Instead of crying triple your hustle, so niggas can use money to buy the #1 you’re aiming again this time not cos you didn’t triple your hustle.” @_cyndeey: “Big bank take lil bank that’s the law of the jungle.” @Odogwu_Nomso: “My Problem with this is that everyone claims to hate it till their labels start doing it for them then they suddenly have no problem with it. All the Activism disappears.”

“Negativity gains more traction than positivity,” – Afrobeat podcast host reacts to Buju and Ruger’s dirty online beef Ace music journalist and host of the famous Afrobeat Podcast show, Adesope Olajide, reacts to Buju BNXN and Ruger’s Twitter beef as he shares his thought about why both singers constantly drag themselves online. Adesope said during a chat that.
“The way the Ruger Buju is catching so much attention with the blogs and all it shows sadly what the blogs and the public want. Negativity gains more traction than positivity, so it encourages folks to look for beef when there might be none .

“Education is key”: Singer Blaqbonez calls out Rema and tells him to go back to school Meanwhile, Legit.ng recalls reporting that fast-rising Nigerian singer Emeka Akumefule better known as Blaqbonez, recently took to Twitter to stir a pot of conversation online as he called out his colleague, Rema. The singer Rema, earlier in 2022, had announced that he would return to school after gaining admission into the University of Lagos to study Creative Arts. However, the Academic Staff Union of Universities in Nigeria have been on strike since February 2022, halting the educational calendar in the country for over eight months.