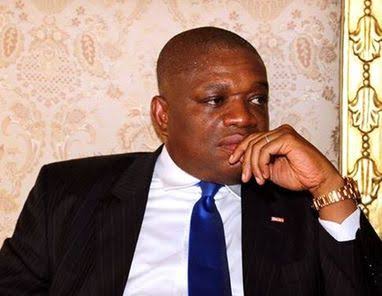 Senator Mao Ohuabunwa, former Speaker of the ECOWAS Parliament, has chastised Senate Chief Whip Orji Uzor Kalu for his alleged indifference to the security situation in Abia North, the zone he (Kalu) represents in the Senate.

Ohuabunwa berated the former Abia State governor yesterday during a media interaction with the state Correspondents Chapel of the Nigeria Union of Journalists (NUJ), saying it smacked of docility and poor representation for Kalu to remain silent when his area is groaning under insecurity.

The five local government areas that makeup Abia North senatorial district have been in the throes of insecurity, which has affected especially Umunneochi, Isuikwuato, and Arochukwu where the activities of armed herdsmen and suspected gunmen have become rampant.

But Ohuabunwa, who is staging a return to the Senate as the candidate of the Peoples Democratic Party (PDP) for Abia North, regretted that Kalu could not even raise a motion in the Senate to draw the attention to the sufferings of the people he represents.

He lamented that so many lives have been lost, and property destroyed while economic and social activities have been disrupted in Abia North, yet the senator representing the zone appears comfortable with the situation of things.

READ ALSO: 2023 Presidency: Why Igbos should wait for another time – Orji Kalu

“Even if the insecurity in Abia North ends today, it will take Umunneochi and Isuikwuato years to recover,” Ohuabunwa lamented.

Ohuabunwa, who was a prominent voice in the eighth Senate as the Senate Committee Chairman on Primary Health Care and Communicable Diseases, blamed the current National Assembly for its inability to checkmate the excesses of President Muhammadu Buhari.

According to him, Buhari would not have remained in office till now if the present National Assembly were as vibrant as the previous session, adding that Buhari should have been impeached.

He said: “Today we have a president who is performing poorly and the National Assembly has refused to call him to order. Whatever he brings they will just confirm.

“Today, look at Nigeria slipping into abyss to the extent that we can say there was a country but the NASS has watched helplessly.”

The PDP senatorial candidate praised the eighth Senate for its vibrancy and for holding the then President accountable unlike what is happening in the ninth Senate which the president has been riding roughshod.

The senator said: “I’m angry that you have a president who started by going to London for medical treatment. Not once, not twice, and for the past seven and half years, he has been going to London without building a single state-of-the-art hospital in Nigeria.

“By now, Buhari should have built at least six quality hospitals one in each geopolitical zone. Yet the National Assembly is looking at him and smiling.”

However, the former Abia North senator linked the performance of the present National Assembly to the prevalence of weak democratic institutions, which according to him, is the biggest challenge of Nigeria.