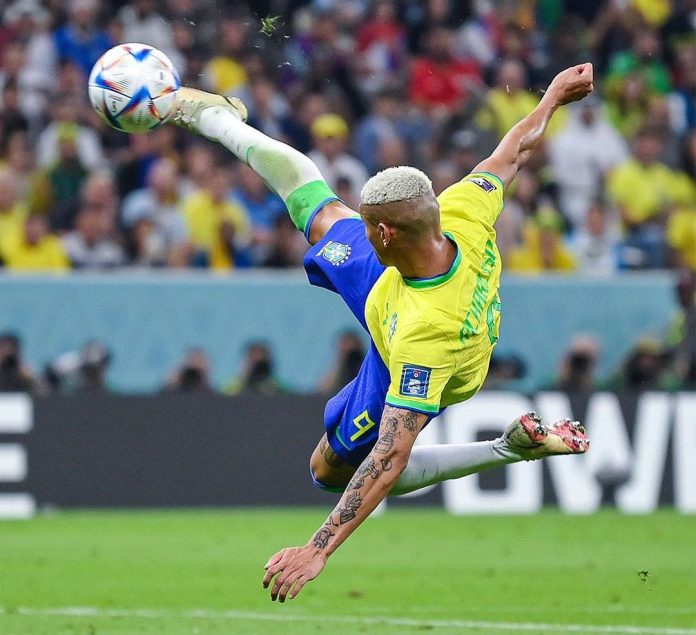 Richarlison scored a brace to help a vibrant Brazil side to a comprehensive clean-sheet victory vs Serbia at the Lusail Stadium on Thursday night.

Brazil had to wait till the 26th minute of their opening Group G encounter before mustering their first attempt at goal.

The five-time World Cup winners were held to a first-half draw—the second longest they’ve waited to score in a World Cup game since records began in 1966.

Ten minutes after the break, the Seleção had another chance to score with an uncharacteristically lacklustre Neymar sending a shot wide after being picked out in the centre of the area. Minutes later, Alex Sandro thundered against the post with a swerving strike from 30 yards out.

However, Brazil wouldn’t be denied for long and after great work in the area from Neymar, Vinícius Júnior curled a strike at goal which Milinković-Savić saved, only for Richarlison to follow up for the opener and his eighth goal in his last seven caps.

He then took that tally to nine 13 minutes later with the goal of the tournament so far, producing a stunning acrobatic overhead kick after a brilliant first-time touch.

Casemiro crashed against the bar in the closing stages on an impressive opening showing, with the only blot on the copybook being a concerning ankle injury for Neymar.

The South Americans then saw out the rest of the game with dominance, completing a superb performance which first coach Tite would approve.