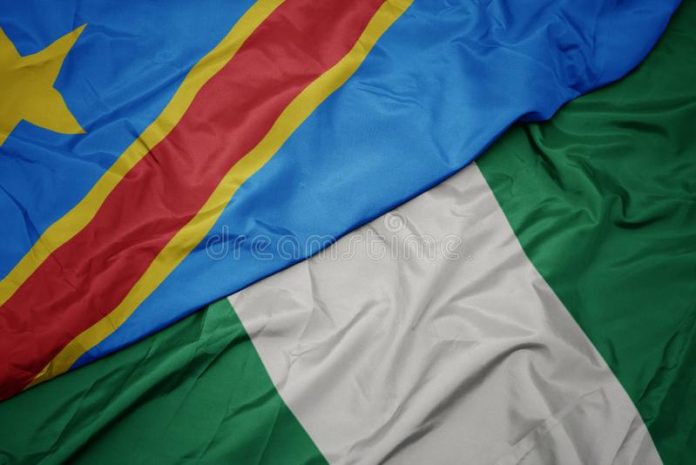 Citizens of the Democratic Republic of Congo living in Nigeria, in collaboration with some civil society organisations, have staged a protest against the killing of about 10 million people in the Central African country.

The group, which assembled at Falomo, Ikoyi Under Bridge, marched to the French Embassy and the United Nations headquarters, Ikoyi.

During the protest, placards with different inscriptions such as, ‘We need peace in DRC’, ‘Militanationals are killing in DRC, stop them now’, and ‘Stop genocide in DRC now’, were carried by the group.

Speaking at the protest, the Chairman, Diaspora of Congolese in Nigeria, Dr. Kanumuangi Viya, stated that the international community had remained silent despite the many atrocities being committed in Congo.

He said, “We just want to register our anger towards the French people because we are depressed. They’re the ones leading the Security Council that is in the United Nations, and they are the ones that stop us from buying arms. We are being invaded, just like Ukraine. Why is it that they’re not allowing us to legitimately defend ourselves and our land?”

A letter written by the group and addressed to the representative of the UN Secretary-General, Tijoni Muhammed-Bande, and the Consul General of France, Lawrence Monmayrant was sighted by The Punch.

The letter, dated November 23, partly read, “The Diaspora of Congolese living in Nigeria wishes to express its displeasure towards the lack of a statement from your noble office condemning the Rwandan Army’s invasion into the Eastern part of the Democratic Republic of Congo disguised as M23 rebels.