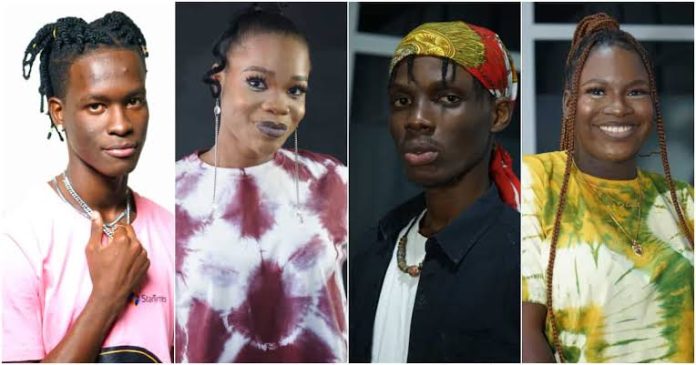 The grand finale of the popular talent show, Naija Star Search, is set to take place on Sunday, November 27 as organisers of the show have brought in a new twist for the finale.

Three earlier evicted contestants are to join the last three standing to compete for N10 million cash prize. The judges on the show, which is meant to preserve Afrobeats, remain Keke Ogungbe, ID Cabasa, and Asha Gangali.

The talent exhibition, which started with over 17 contestants, was slimmed down to three finalists following difficult decisions taken by the judges.

The finalists are Skimzo, Melo, and Eniola.  Ahead of the grand finale, the audience votes and judges’ decisions have now influenced the return of three evicted contestants, Khaleed, Black Bella, and Kachi, who will join the last three for the grand finale.

Since its commencement in September 2022, the talent show has been filled with intrigue as it has witnessed the eviction of many talents, including Sparrowh, Tomz, and MB Dre, among others.

According to the judges, the contestants’ role in the competition is to find originality, street credibility, and creativity that help them take the global stage by storm.